Dirt Rally 2.0 is the latest game in the Dirt series and is unlike its counterpart simply known as Dirt. This sibling is focused on more of a simcade-y feel like Codemasters’ track-based motorsport franchise Grid whereas Dirt Rally 2.0 is more of a heavy simulation.

Every corner feels like a challenge, much more so for each stage. But what is included in the package is one of the finest motorsport experiences this generation of games has to offer.

New to the series is the stage degradation gameplay feature, which is where the roads you’re driving on continue to be ruined by all the other drivers. Degradation depends on your competition format. In Career, you can be potentially competing against over a hundred other drivers with races will be running all day.

At some point in time during the day, your vehicle will run its course and the track will dynamically shift based on your spot on the grid order. If you are one of the front runners on the grid, the track in front of you will have a lot of loose gravel, where it is hard for your tyres to grip to the road. The opposite rings true towards the back, with the track repeatedly worn out from all the other drivers passing through.

This means that virtually every time you race on a given circuit, it feels different and unique. It’s an incredible concept that works brilliantly and greatly extends the replay value of the game.

As you work your way through events, your car’s parts will inevitably undergo wear and tear, which stems from a combination of your car’s tuning, traversing the terrain and any possible collisions. It is possible for races in the dead of night to occur and should your headlights be damaged, you will have to race in near darkness.

Doing so is quite challenging, so do your best to avoid major head-on collisions and you’ll be fine. Also, note that it is possible to damage just a single light, so you could potentially be left with one remaining headlight, enough to illuminate the road in front of you.

Severe accidents will prematurely end the race, and you will miss all applicable races until the next service window. It makes it so tough but very rewarding when you complete a round.

At the conclusion of each race, the player must proceed past the finish line towards the race marshal.

This just feels a little strange.

Instead, you should be able to cross the line and have the race ended there.

One thing I’ve been vocal about in racing games is how most titles these days seem to opt for the rewind feature. Dirt Rally 2.0 avoids it altogether but instead offers players the ability to reset your car on the track in case of an accident.

This is a great decision, as it makes players learn track discipline without holding their hand. I’ve often been frustrated at other racing sims that opt for them, like Forza Motorsport and the licensed F1 games; the latter of which is also developed by Codemasters.

In fact, many of the settings seem to be mutually shared between the two titles; Dirt Rally 2.0 and F1.

The track environments are one of the best things about the game. Every region has its own look and feel, and are greatly constructed. Australia’s deserts are flat and red while New Zealand has a lot of lush, green environments, as you can see below.

Argentina is characterised by its rocky terrain and is especially tough to traverse, to the point where the game points out that just finishing the race is an accomplishment in itself. No two stages feel particularly identical.

The Grass is Always Greener

A great sense of progression comes from the game’s career mode. One drawback is that the credits that you earn only come at the end of a round. Each round in a championship usually consists of several stages, so you’ll have to do a handful of races before you get your rewards.

For each championship, you’ll get a reward for each event, plus the championship itself. Once you accumulate enough credits, you can visit the garage after a round and invest in a new vehicle, which is how you go from class to class. You can also use credits to upgrade your current vehicle by boosting its engine.

The career mode offers select series for the player to race through, as they can work their way through the rally or rallycross paths. There are also daily and weekly community events for extra rewards. One thing I did notice while playing, after issues with my internet connectivity, is that the main Career mode is only accessible while connected to the internet, as you will need to be signed into Codemasters’ RaceNet service to play.

Whether this is anything like Gran Turismo Sport, requiring a connection to ensure players are racing fairly, I’m not sure. But for an offline mode, it seems bizarre.

The Historic Rally mode allows players to take on some of the most successful rally cars from years gone by and is arguably the most enjoyable in the game. Its sense of progression makes the most sense; start off with some vintage rally cars from the 60s and 70s, work your way through the AWD-dominated 80s period, into the 90s, where Group A cars ruled the scene, before finishing with the early onset of the WRC model variations in the 2000s.

A downside is that the early stages of both competitions feel quite similar, throwing you into a vintage 60s rally car, but you have a bit more freedom in the Historic Rally mode.

A third mode lets players race through a full season of the official FIA World Rallycross Championship, giving players the thrill of side-by-side action against four other drivers. Unlike the standard rally, which pits players up against a dirt track on their own, rallycross instead involves racing around a combination dirt/tarmac track multiple times, while competing directly against other opponents.

While rallycross doesn’t feel as rewarding as the main rally stages, it is a nice change of pace from the traditional stages, and can even be progressed as a separate career path if you choose. The ruling of the mandatory joker lap, where once over the short race you have to complete a longer section of a circuit, makes for a tactical battle as to when you’ll run it.

Do you go early on and try to rein your opponents in, or do you save it for the end and try to get out before the others catch up? It’s easily the most exciting thing about rallycross.

There seems to be a strange bug present throughout the game related to your car’s speed. When in first gear, the accuracy of the speedometer seems to be all out of whack. I noticed that in most races when launching off the starting line. I would instantly be hitting 40km/h within fractions of a second.

Sure, maybe in the top of the line cars, it’s feasible, but in the historic Mini, too? My theory was confirmed when, after getting into an accident in a rallycross event and hitting a barrier, I was travelling at 55km/h while continuing to accelerate into the wall.

You may be wondering why I haven’t mentioned anything along the lines of a single stage event.

That’s because there’s nothing along the lines of that in the game, and it’s a bit disappointing to not have an option for a one-off race, just to jump into things. The closest comparative event type is a time trial, where you can pick any car and stage, and see how fast you can run the rally.

But aside from that, it’s either the Career, the Historic Rally or the World Rallycross Championship, or your own custom series. Completing a round is great, especially with something to play for, but to not be able to participate in a one-off race feels a little odd. It makes committing to the game a little tough if you’re not a hardcore racing sim fan.

Despite all these minor issues, Dirt Rally 2.0 is a fantastic accomplishment from Codemasters, a studio that continues to prove itself time and time again as a driving force of the racing genre.

The game is a testament to the legacy of the World Rally Championship, and while it lacks a lot of tracks, the variation within them from the stage degradation mechanic more than makes up for it.

Dirt Rally 2.0 was reviewed on PS4 using a digital code provided by the publisher. 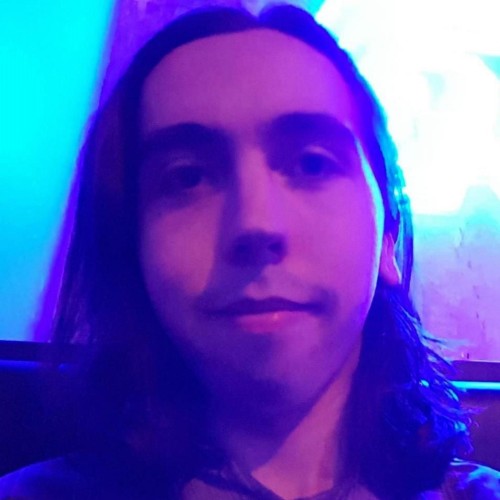 The Samsung 990 Pro SSD offers insanely fast performance for something that's not much bigger that two sticks of chewing gum.
Previous article
A Plague Tale Innocence rounds out its web series with the second and third episodes
Next article
Townsmen A Kingdom Rebuilt Review – Building it Again