Over the last few months, I’ve been putting hours and hours into Monster Hunter World on PS4 and it’s been awesome. Since release, I’ve felt like a kid in a candy store, with all manner of monsters to murder, skin and create lovely pairs of pants from.

It takes everything I love about adventure games, RPGs and co-op gameplay, and rolls them into one big delicious ball.

But last night, while I was doing a run-of-the-mill hunt, I encountered my latest pet peeve; AFK farmers. These scurrying, slimy, self-righteous players who host a hunt, or drop into yours, only to hang out in the camp or right near the monster and do absolutely nothing. They look to get all the rewards, without any of the effort.

I now hate AFK farmers in Monster Hunter World, and here’s why.

Throughout my time with Monster Hunter World, I’ve mostly been using the longsword. It’s a great weapon, relatively simple to pick up and I could be pretty effective as a solo hunter or in a group.

Plus, the longsword makes you feel like a prehistoric Samurai, so that’s pretty great.

But as an alternative, I decided to try out the greatsword last night and spent a few hours farming early monsters to upgrade from the base weapon to some of the super-sexy high-rank variants.

I decided to go down the poison tree to get to the eventual Datura Blaze versions because poison is great and I think the weapon looks awesome.

This meant a whole lot of farming poison monsters, mostly the Pukei Pukei. This giant cross-eyed rainbow lizard-bird spits poison and generally looks like it’s always going to be sick on you. It’s kinda gross, but pretty fun to fight when you get the hang of its moveset.  Doubly easy once I mastered the greatsword shoulder tackle that goes right through enemy charge attacks.

Since I knew I’d be farming Pukei Pukei for a while, I started popping SOS flares at the start of each hunt to attract other players. I thought, “hell, if I’m getting some new gear, surely there are others out there doing the same.”

And all was well… That is until HE joined.

Now for a quick aside – as much as this article is about me venting my frustration, I don’t want to publicly shame the dude. So we’ll call him Bob.

Bob joined my Pukei Pukei hunt, spawning into camp right as I track down the giant, slimy beasty. The Pukei Pukei is casually wandering around in the Ancient Forest, snuffling and slurping in the undergrowth and I’m planning out my time to strike.

I see Bob enter my game, see his player marker moving around the edge of my map… Then… Nothing.

His little marker stops moving and just sits there. By this point, I’m firmly in the path of a great, poison-spewing lizard-creature and wondering when the cavalry is going to roll in.

I turn around and start trekking back to camp figuring that if I found Bob we’d get through this much quicker. So I leave the Pukei Pukei to puke to his heart’s content.

Back at camp, I find Bob casually cooking a piece of rotisserie steak by the tent. I wait patiently for him to finish, and he cooks another. Then another. And another.

After his fifth steak I start trying to let him know with emojis that there’s fame, glory, and adventure waiting just outside the campsite, and he’d better come join me if he wants in on the fun.

But the emojis only go a small way to expressing my frustration at Bob’s lack of interest.

Here I am using my own legs like a sucker

He finally puts away the steak, stands up, then jumps around right in front of me using the prance emoji. Dancing back and forth waving his hands in the air like he ‘just don’t care.’

By this point I’m livid. Not only is he ignoring the hunt, he’s throwing it in my face.

I’d had about enough of it, so I decide I’ll run along, kill my Pukei Pukei and get onto the next hunt. Besides, by this point, someone else has joined and they’re running off into the trees without me. We’ll call him Steve.

Not wanting to become the next Bob to my brand new buddy Steve, I head after him.

Leaving good ol’ Bob at the campsite. Alone and dancing.

Steve and I parade off into the forest, weapons in hand and start engaging the great slimy one. It’s a whole lot of fun, and we’re quickly whittling down the monster. He gets in some good hits with a switch axe, while I roll out of the way of a flying globule of purple ooze and swing in for a counter-attack.

And there’s Bob, standing in the distance, just outside the Pukei Pukei’s engagement range, doing his bloody prance emoji over and over again.

He was watching us fight the monster so that he could get the rewards for free.

By this point, I’d had enough.

So I did the only thing I could do; Options, Player list, Select Bob, Kick.

Immediately, a private message pops up on my PSN dashboard. It’s Bob.

Why you kick me?

Screw you, Bob… Screw you. 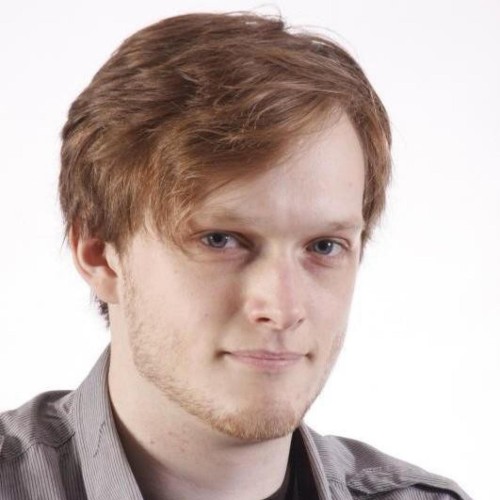 Nathanael Peacock
Nathanael is a gamer and writer in Melbourne, Australia. You'll likely find him either up to his eyeballs in RPG lore, or spending way too long in any character creator. In his spare time he also rides motorbikes and sword-fights competitively.
Share
Facebook
Twitter
Pinterest
WhatsApp

The Samsung 990 Pro SSD offers insanely fast performance for something that's not much bigger that two sticks of chewing gum.
Previous article
Labyrinth of Refrain Coven of Dusk rated R 18+ in Australia for ‘Sexual activity related to incentives and rewards’
Next article
CliffyB wants to see Radical Heights released on Xbox One