New Tales from the Borderlands – Interview with Michelle Rambharose

‘Make mayhem your business’ encourages New Tales from the Borderlands. Yet, in the world of the latest Borderlands spin-off, mayhem is almost impossible to avoid.

Developed by Gearbox and published by 2K, the ‘spiritual successor’ to Tales from the Borderlands sees us back in war-torn Promethea. This time, however, we play as the altruistic Anu, her fame-hungry brother Octavio, and the revenge-bent Fran on ‘the worst day of their lives’.

With a branching narrative design, our decisions shape the story’s twists and turns. And while each character is chasing a (very) different goal, the ultimate success or failure of this motley crew depends on us making the right moves.

Speaking of the right moves, Anu’s actor Michelle Rambharose certainly knows a thing or two about making them. A multidisciplinary artist based in Toronto, Rambharose traverses video games, film, TV, and theatre so fluidly – no doubt partially thanks to her background in dance.

New Tales from the Borderlands

Here we speak to Rambharose (Arkham Horror: Mother’s Embrace, The Outer Worlds) about her colourful career and experience working on the Borderlands franchise.

TAHLIA: You’ve spent a lot of time working in the video game world. What role has gaming played in your personal life?

MICHELLE: I played classic Nintendo 64 games growing up with my brother – Pokémon Stadium and Super Smash Bros – but I was a particularly sore loser. And so at a certain point, I got banned from playing with him. From then on, I didn’t really pick them back up until I started working in video games. It was so funny though – so much time had passed, and I reentered this world that had advanced in such intense ways in terms of storytelling and design. It felt like I was uncovering a new world. It was pretty shocking and exciting to reenter the world.

TAHLIA: Can you walk us through your audition process for New Tales?

MICHELLE: My audition process was very different from a lot of my castmates. I entered much earlier in the project. Gearbox Québec had just started creating an FP – a first play – which is essentially like a pilot used for taking it to full production. It was actually my first in-person audition since COVID hit, and I was so excited to be in a room with someone and get direction and just play. I remember I had a particularly good time and then ended up booking it.

There was no guarantee that anyone would be involved in the full production if it got greenlit, so I took it for what it was, had a great time, and crossed my fingers. Then I got a call from my agent one day – six months later – saying they were going into production. They’d auditioned and ultimately still wanted me for the role – if I’d be willing to move to Vancouver for a year to shoot. In two weeks’ [time].

TAHLIA: Oh wow! Do you remember what initially appealed to you about the project?

MICHELLE: I remember just being excited that a brown woman [Rambharose is of Guyanese (Indo-Caribbean and Arawak) descent] being the lead in a Borderlands game. Let alone someone who’s incredibly altruistic. I just thought that was so fun and had the potential for so much comedy in this universe. Then I learnt that it was a story about her trying to reconnect with her brother, and that was super exciting.

TAHLIA: You worked on New Tales for over a year. Can you describe to us a typical day? Was there even such a thing as a ‘typical day’?

MICHELLE: There was a lot of variation in the days – maybe more so the weeks – based on what we were shooting and where we were in the story. But I guess a typical day looked like an early start because we were on the west coast [of Canada], but we were working with people on the east coast. We’d go to Beyond Capture, the studio we shot at, and suit up, get our helmets on – essentially get set up for a day of shooting.

The way it works is you shoot the main part of the story, what they call the ‘critical path’, which is essentially the part of the story that the player always sees regardless of what choices they make. Then you go onto shooting choices A, B, C, and D, and then pick back up on the critical path. It’s so technical, but we had the best time because, one, the sheer absurdity of the Borderlands universe, and two, the people in the room were very fun, very lovely people. There was a lot of laughter and a lot of jokes.

TAHLIA: How did you prepare yourself for the level of focus and stamina this required?

MICHELLE: I warmed up every morning. I had a very intensive yoga routine in the morning. I took a lot of naps during my breaks because my character required a lot of energy. I would also have a pretty intensive cool down, especially if I was doing emotionally heightened content that day. If, you know, my nervous system felt worked up from having been choked to death all day, I would make sure to come home and do some yoga, take a shower, talk to a friend, and move through whatever I needed to. I had a lot of systems in place to take care of my body and to take care of my spirit.

TAHLIA: How much input did you have in shaping Anu’s character? Was there any room for improvisation?

MICHELLE: I got really lucky. Lin Joyce – one of the lead writers on the game – was super open to collaborating. She definitely had a very clear vision herself, but she was also very open to me offering ideas.

On set, depending on the day – depending on how we were with the schedule – there was space for improvisation. I tended to improvise more physically than creating text, as Anu is who’s really driving the plot forward. But I will say that Lucia Frangione, who plays Fran, became known as the ‘Queen of Improv’ because – well, one, she’s a very gifted writer – but she would always cook something up. And it was always gold. Some of the wildest things that Fran does were [Lucia’s] original thoughts.

TAHLIA: I imagine you get asked for advice a lot these days. Are there any key nuggets you like to share?

MICHELLE: Mostly, I share two perspectives that I think are really important. One is about lending yourself a tonne of grace in navigating the newness of performance capture. It can be a very steep learning curve because of the technology, the equipment, and because you don’t necessarily have access to learning about this realm until you book the job and you’re there, and the pressure feels high. I’ve seen a lot of people psych themselves out because of making a few mistakes. It’s so much easier said than done, but it’s really important to me to at least encourage people to give themselves the most grace – the most instant forgiveness – that they possibly can to navigate that newness.

The other part that I talk about is sustainability, which is another unexpected challenge that comes with the territory. Self-care practices make this work sustainable. Similar to an action movie, it’s really heightened circumstances. You’re running for your life all the time, you’re screaming, you’re jumping. There are a lot of life-or-death situations. So, identifying how to take care of your voice before and after, and take care of your body before and after, is really important.

TAHLIA: What do you hope players take away from your character and the wider story?

MICHELLE: I think specifically with Anu’s character, there’s a really beautiful journey that she goes on – especially towards the end of the game – where she discovers the power of compassion for past versions of herself and for other people and their experiences. That part of the story really impacted me personally, and I only hope it impacts other people.

Beyond that, the heart of this game has always been – for me at least – a story of family; chosen family, assigned family, navigating extreme circumstances, and finding a way to stay connected. If that resonates, it resonates. If it doesn’t, I just hope [New Tales] can offer some lightheartedness and fun.

New Tales from the Borderlands was released on October 21 and is now available on Microsoft Windows, PlayStation 4, PlayStation 5, Xbox One, Xbox Series X|S, and Nintendo Switch. 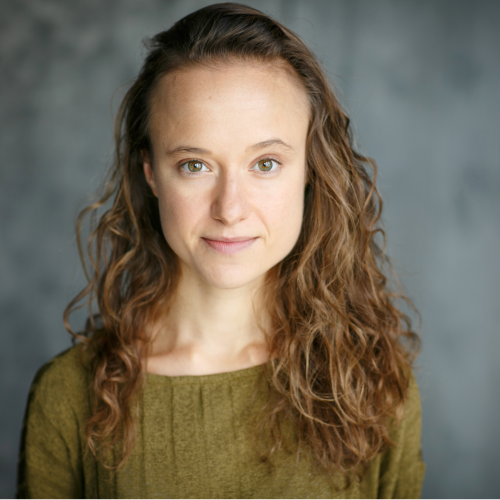 The looming figure of Hogwarts Castle always fills me with nostalgia and excitement. Pointed spires reaching up to a clouded sky full of magic...
Previous article
One Piece Odyssey Review (PS5) – It’s all about preservin’ the hearties
Next article
Persona 3 Portable Review (Xbox) – Burn your dread