Mighty Kingdom Shares The Secret Of How To Have A Healthy, Happy and Diverse Workplace

It is well known that there is a real culture issue in the gaming industry, where some studios start as boys’ clubs and never change. One just needs to look to any of the major developers currently weathering sexual harassment allegations to see that there is a problem with the worst aspects of bro culture at an industrial level.

In good news, that tide is starting to change, and there are many development studios looking to be good examples and be safe, inclusive and productive places to work.

Mighty Kingdom is the largest game developer with Australian headquarters and has employees around Australia and New Zealand with a gender-balanced workforce and gender ratios for leadership and board members. Far from the often shouted, but rarely proven, refrain of “get woke, go broke”, Mighty Kingdom has been going from strength to strength, recruiting more than 65 new employees in the last 12 months.

According to Hannah Murdoch, Strategic Projects Manager at Mighty Kingdom, the secret to building this kind of workplace is to do it deliberately. You might not have all the right policies in place from the start, but you add them as they make sense.

One of those policies was to implement a four-day work week, which has been great for productivity. “I think that makes the four days that you do work pretty intense,” she said. “I kind of relate that back to when I came back from parental leave for the first time and I only had two days at first to do all the work that I had to do. I was working so hard, and I was fitting in at least three days’ worth of work into those two days. I feel like the four-day work week has been that to everyone else.”

This attitude to work-life balance made a huge difference to employee morale, and has been shown around the world to boost productivity, employee happiness, and is good in general. It was a contrast to a studio Murdoch had worked at previously, where hours were pointlessly bad because working late was seen as a virtue. “People would give you the side eye if you left at 6 pm. But you knew that the people working late weren’t really doing anything meaningful in the three hours extra they worked. So, it was just such a frustrating culture, knowing that nothing is coming out of this, but also knowing it’s a cultural requirement to stay late.”

In contrast, however, productivity is valued over pure hours worked at Mighty Kingdom. “It’s just about output and efficiency. Why work till 10 o’clock if you’re not really doing anything?”

Other inclusive and helpful policies include menstrual and paid paternity leave (which includes super), flexibility around working from home and working preferred hours, education opportunities and a mentorship program. Treating employees like people who live full lives, and not like robots who exist purely to provide value to the company unsurprisingly makes it easier to attract the best local and overseas talent from both the gaming industry and other creative industries.

Some people who might not be familiar with the dynamics of creative studios might wonder at the benefit of bringing people into a game design studio who aren’t traditionally represented there, or who come from other industries. The answer to that is that people who have only worked in games will often only come at them with the same traditional attitudes and techniques that have been done before. By bringing in people from beyond that sphere you get new perspectives, new ideas and new methods that wouldn’t have been considered otherwise.

Having this diverse workforce with a range of perspectives may make products better, but it doesn’t just happen overnight because companies have to prove they’re walking the walk before potential employees buy all the talk. It’s not just more women who can be attracted to a workplace like that, but others who might not love ‘bro culture’.

“It was really hard for a long time, especially when we were smaller and poorer, to attract people that were diverse. But now, when you look at a company and you see that, okay, there are more and more people coming into the company who come from different backgrounds, then you’re like, ‘Okay, I’m not going to look around the room and be the only woman or the only person on the autism spectrum’.”

Of course, not all these policies were in place from the beginning. No small company needs all the practices of a larger company, so it’s important that studios are flexible and able to adjust their policies as needs and knowledge arise. When Mighty Kingdom was just a start up with contractors (who eventually transitioned to full time), the policies were mostly just based on ‘the vibe’.

The problem is that vibes can be interpreted differently, and people in positions of power are more comfortable taking full advantage of ‘the vibe’ while people further down the food chain might feel the need to interpret ‘the vibe’ as conservatively as possible. “Writing that down and making sure that everyone got the same sort of access to rights as someone else was important.

Because, if one person confidently thinks ‘oh, well, I’ll take the afternoon off because I worked really hard yesterday’. But the next person doesn’t feel they have the right to do that, then that’s not really fair.”

Murdoch’s advice to other studios is to make sure all policies are written as clearly and succinctly as possible. But, also keep the conversation open and welcoming in case a policy is misunderstood or misinterpreted.

Her other advice is to make sure you have follow-up and support systems in place. For example, if an employee is taking way more sick leave than you’d expect, there are probably other problems that need to be addressed to help you retain employees and keep them happy.

In the end, it all comes down to the kind of studio bosses want to create. The examples are out there, and if a (once) small studio in Adelaide can do it, almost anyone can. 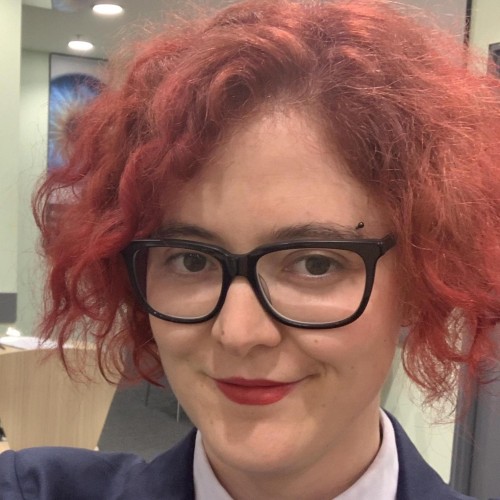