In the lead up to the cinema release of Australian horror film The Furies — review here — I had the pleasure to chat with Special Makeup Effects Artist Larry van Duyhoven. His credits include Hacksaw Ridge, Lion, Upgrade and he’s currently working on the new Mortal Kombat film.

Having been in the industry for a while, van Duyhoven was The Furies’ Director Tony D’Aquino’s choice to help bring the film to life. Or rather, bring lots of death to the film.

Calling practical effects and prosthetics a dying art, van Duyhoven tells me a little about creating The Beasts in The Furies.

“Tony [D’Aquino] did these loose, loose characters,” van Duyhoven tells me. “When I said I’d love to be a part of it, I asked him if I could change The Beasts.” D’Aquino’s original designs were all based on animals van Duyhoven said and the comparison to You’re Next was going to be inevitable.

“There was also Donnie Darko with the Rabbit Mask,” van Duyhoven continues, explaining “I didn’t want to be seen to be copying those films.” So, he and a conceptual artist friend (Seth Justus) took some time to read the script and derive meaning from The Beasts and their masks.

“It was difficult,” van Duyhoven said. “And in the end, we started to come up with ideas that were loosely based on the plot and we thought of them along those lines.”

Somewhere along the line, I said to Seth, ‘Why don’t we take ideas from childhood stories?’

“That led to us looking at our favourite movies and nursery rhymes and turn them on their head,” he explained. This led to the creation of the six Beasts; Skincrow, Rotface, Pigman, Owly, Dirty Ken and Babyface. 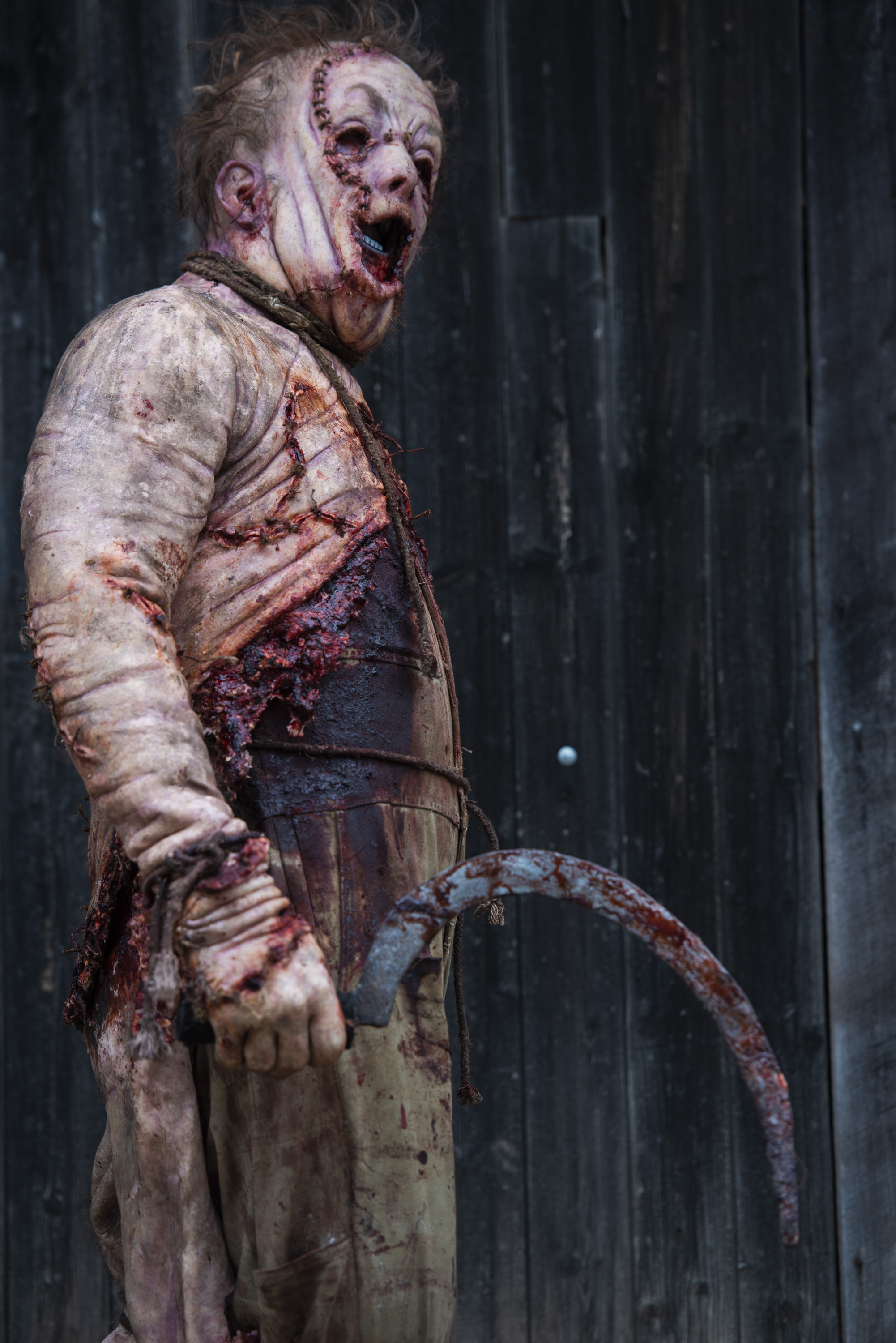 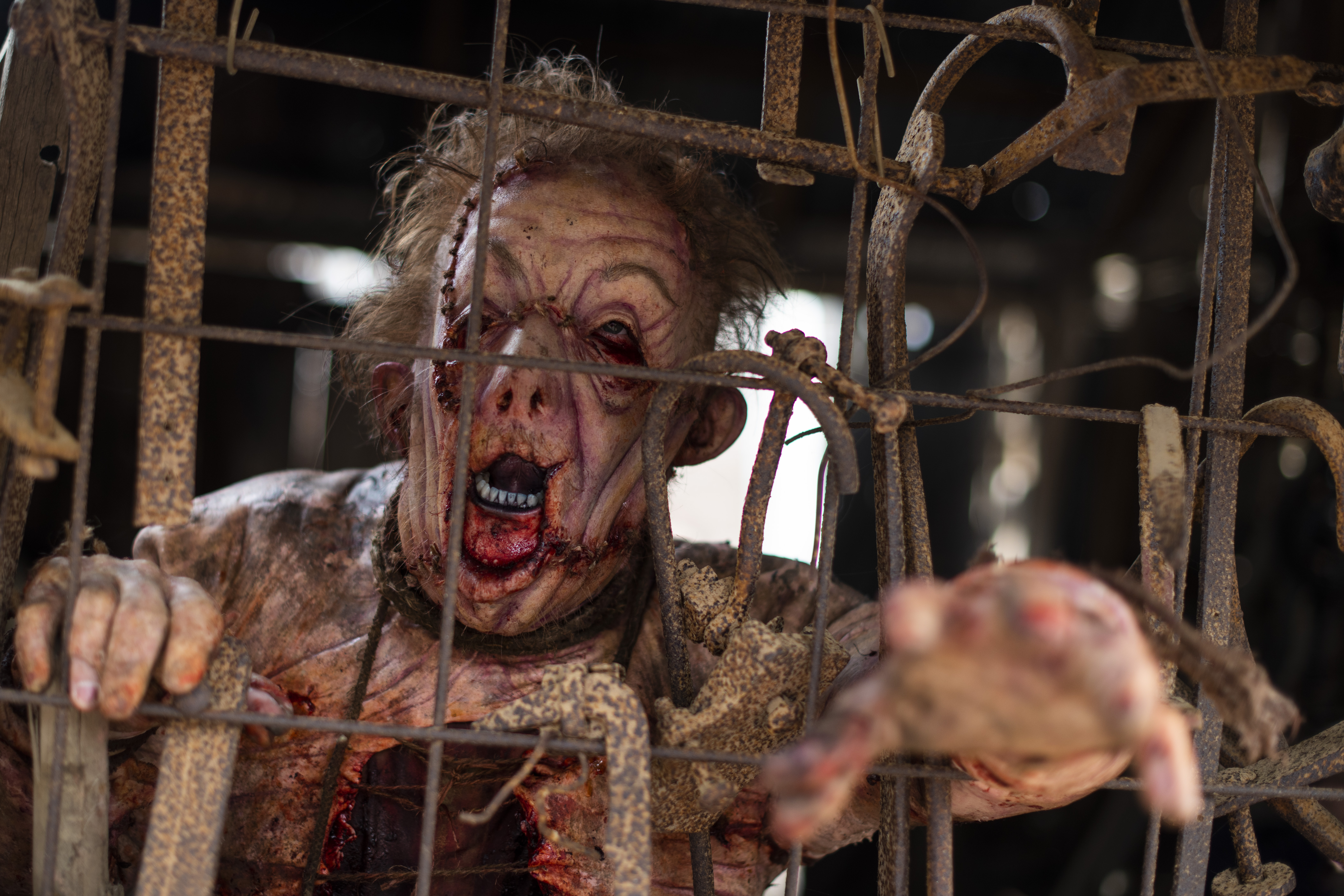 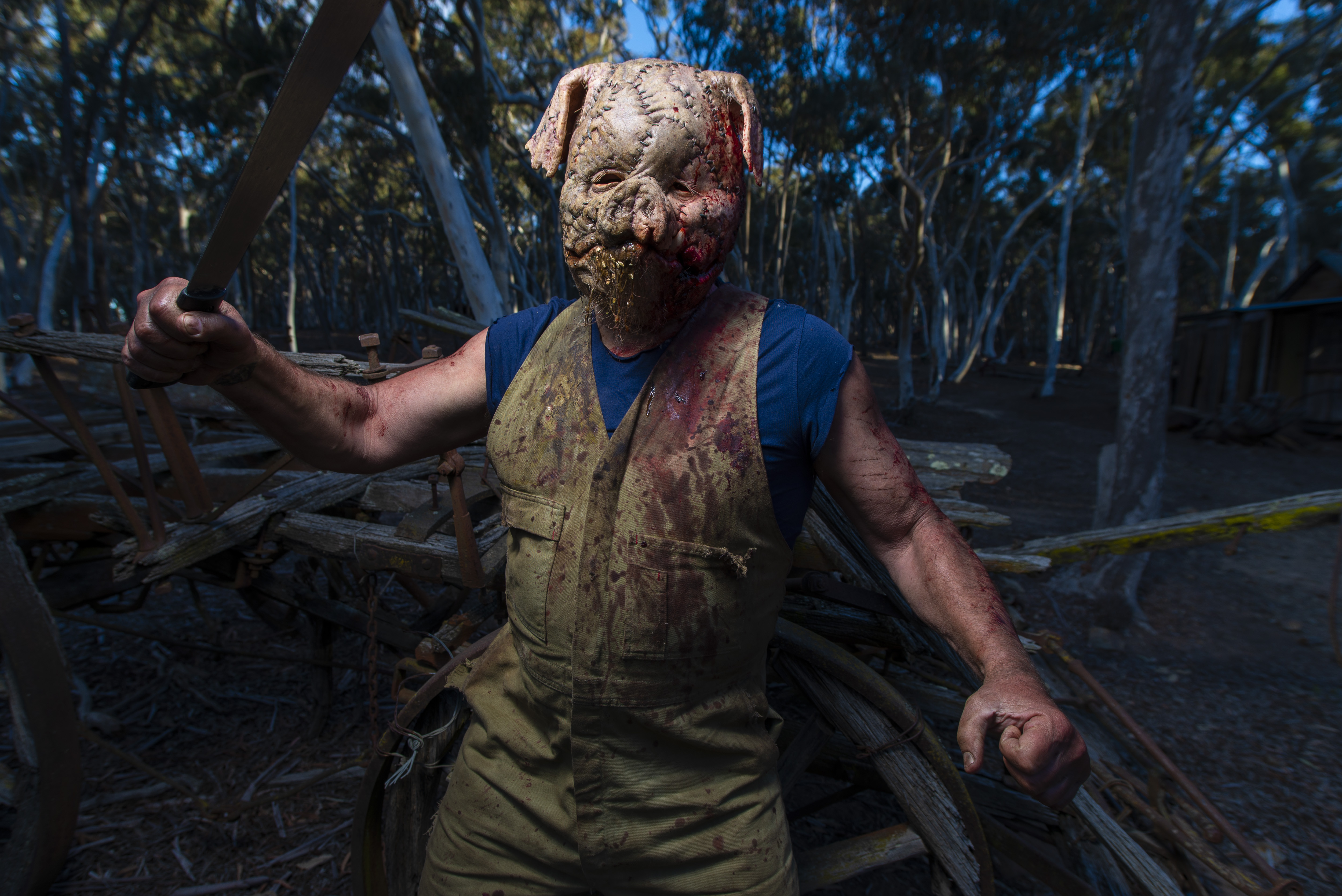 Skincrow, so named because he looks like a scarecrow made of skin, was inspired by Wizard of Oz. van Duyhoven told me that the idea behind Skincrow was that the skin he wears would have come from a previous round of ‘the game’ they’re playing. Thus, events not depicted in the movies gave rise to ways for him to design and create masks and prosthetics.

Dirty Ken, on the other hand, wore a mannequin mask and was inspired by Barbie and Ken and also Dennis Rader, BTK. “We thought that was pretty fucking evil,” van Duyhoven said “and we gave him this smile and made him look happy. We tried o take these vibrant things and make them mean.”

Rotface comes from the director’s trypophobia. Trypophobia is not recognised as an actual mental disorder, however, is deemed as a specific phobia. It is “an aversion to the sight of irregular patterns or clusters of small holes or bumps” like a lotus pod.

van Duyhoven admits that he didn’t like Rotface’s design initially but is happy to concede that he was wrong. While at first, Rotface looked like a low-rent Jason Voorhees, van Duyhoven workshopped the mask until it looked different enough to stand apart.

Babyface was based on Pinocchio but made to resemble the ghost gums in the area while Pigman and Owly were based on the original animal designs but made to look greasy and rusty respectively.

Aside from designing and creating The Beasts in The Furies, van Duyhoven was in charge of practical effects. One of the standouts (and a feat of ingenuity) was the explosion of Pigman’s head.

“I worked out a cool way to blow up heads and it hasn’t really been done before,” he said. “In the past, we used gelatin but a few years ago I was working on a film called Upgrade. It was too hot so the gelatin heads were just melting in the workshop.

“We scooped out the back of the head and carved the inside like a Jack O’ Lantern. We filled the head with blood and guts and I built an air cannon and once the cameras were set up we just exploded the thing.”

In addition to the exploding Pigman head, keep an eye out for Larry van Duyhoven’s other work in The Furies which he told me was a lot of fun to work on.

With a lower budget, van Duyhoven said that there’s less interference from other artists but that all the work fell on him. It’s basically a double-edged sword. When you watch The Furies, you can see van Duyhoven’s work and it’s clear that he was having a lot of fun.

I've been playing games for the past 27 years and have been writing for almost as long. Combining two passions in the way I'm able is a true privilege. PowerUp! is a labour of love and one I am so excited to share.

The Furies, from director Tony D'Aquino, is a brutal and[...]