How many chapters are there in The Callisto Protocol?

Let me tell you a story of outcasts; anti-heroes if you will. Lost in a vast ashen land they seek redemption for past lowly deeds, tasked with a quest from Lady Death herself. Welcome to the world of Deck of Ashes.

In Deck of Ashes you roam a moody fantasy world, collect cards to personalise your Battle Deck, fight monsters and apply resource management skills to upgrade your camp and deck. Do this with care and consideration, and you probably won’t die much.

Which is good because death is permanent, and starting from scratch is not cool.

The campaign begins with our antihero Lucia the Pyromancer — the only character available in the Early Access Demo — waiting in camp. Keen to set out adventuring, I quickly explore my allies in the camp support team; Merchant, Blacksmith, Herbalist and Ash Master.

Everything is laid out in one simple screen, making it easy to mouse hover for explanations and click through to access various upgrade options for your character. Adding some cards to the basic starter Battle Deck that has been pre-created for me, I head off into the ashen wilderness.

The world map is uncomplicated and easy to navigate. Click on a location and move there, initiating an event. There are basically no surprises about what type of event will occur because you choose your path and each event type is clearly displayed using map icons.

There are quick single click stories, monster encounters, treasure chests and ‘surprises’ which is one of the three previously mentioned scenarios. The map is also colour-coded presenting the difficulty/rarity of any event; cream, yellow, or red.

I’m small and new to this realm, so I choose a story event because that seems the safest option in a land where perma-death is a thing. My careful play is rewarded with an additional card for my Battle Deck, so I can now set things on fire and burn them for three rounds. WOOHOO!

Feeling more adventurous I choose a monster encounter next because, let’s face it, if I’m going to test the dying part it may as well be early so I don’t lose a mass of progress.

Enemy monsters are neatly laid out ready for battle and even politely let you know which attack card they will play next. It is worth taking time to review the battle plans of each monster before you proceed into battle. Each card can provide significant information on threats or opportunities that completely change your battle plan.

Attacks involve a mouse move that feels reminiscent of drawing a bow but better because you always hit the target. Whereas I sadly struggle to even draw a bow IRL. This mouse movement is weird and new and not something I’ve come across before. It makes a nice variation to the typical ‘click a card’.

Card effects can stack across rounds, producing some pretty powerful combos. Every card used for an attack or buff may consume some of your limited mana or health. With few exceptions, cards then transfer to your Deck of Ashes. The only way to get cards back is to sacrifice health during battle or spend Rest Points during post-battle breaks.

Having won an encounter with those filthy ash monsters, it’s time to rest and decide how to distribute your precious Rest Points. Options are to renew (return) cards from the Deck of Ashes, craft new cards for the Battle Deck or sleep to recover lost HP.

Lesson the Second; full HP won’t help if you don’t have any attack cards. And a full Battle Deck won’t help if you have no HP. This is another strategic opportunity to balance resource options to your preferred play style.

Again, the interface is well laid out on a single screen with a suitably medieval-esque pen and ink aesthetic. Pleasing on the eye and super easy to navigate.

Head out and do it again and again and again until time runs out and you finally battle the big guy or gal, they’re not gender-specific. If you die, repeat, perhaps with some slight variation to your map exploration and resource gathering order, or your card selection.

What Doesn’t Kill Me Makes Me Stronger?

Deck of Ashes ticks a lot of the boxes for a well crafted card-based strategy game:

The developers acknowledge inspiration from “Darkest Dungeon, Guild of Dungeoneering, Monster Slayers, Slay the Spire and some other great games” and commonalities are readily evident in Darkest Dungeon (artwork), Slay the Spire (interface layout, battle mechanics and presentation, map design), and even Dead Age (with fewer zombies).

Similar card-based strategy and resource management games incorporate additional mechanics such as ‘decision matters’ storylines, base/camp development and options to equip your characters with different weapons and armour. This lends a depth to game play that I struggled to find in the Early Access Demo of Deck of Ashes.

Big thumbs up to the developers though. They are enthusiastically engaging with their supporters, and continue to busily develop new game content as evidenced in AY Games’ Facebook and Steam pages.

As it stands the Deck of Ashes Early Access Demo is a highly playable, bug-free, great looking deck builder with clear plans for further development. Game updates continue and the full Early Access edition unlocks on Steam on April 11.

Deck of Ashes Early Access Demo was reviewed on PC using a digital code provided to PowerUp! by AY Games. 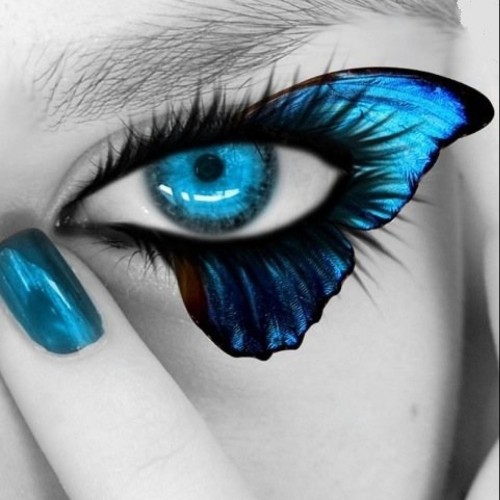 Genna Maskell
Give me a Nordic noir point and click resource management strategy RPG, add a dash of lovecraftian mythos and some farming or crafting, and I’m a happy camper (also, I like camping).My sneaker/nerd shirt collection will never be big enough. I love winter, and have a strong belief that any situation can be improved by adding an alpaca.
Share
Facebook
Twitter
Pinterest
WhatsApp

How many chapters are there in The Callisto Protocol?

The Callisto Protocol is a new survival horror game from the creators of Dead Space. Set on Jupiter's moon Callisto and the Black Iron...
Reviews

The pedigree of the team behind The Callisto Protocol is undeniable. Glen Schofield, co-creator of Dead Space and a veritable who's who of the...
Aussie

A very special and very Aussie collaboration between NBA 2K23, 2K and Universal Music Australia has just been announced. Court in Session features some...
Reviews

Midnight Suns, from developer Firaxis and publisher 2K, is almost three different games in one. In the lead-up to release, we've heard about The...
Gear

We're not sure how Alienware managed to bundle a 4K, all AMD gaming laptop for over $1000 less than competitors but we love it.
Previous article
Final Fantasy 7 (Switch) Review – Cloudy with a chance of Midgar
Next article
Astroneer Review – I just need some space