It’s a warm and sunny autumn morning and I’m sitting on a plush couch inside a hotel suite overlooking Syndey Harbour.

Today, we’re guests of NETGEAR. An industry leader in the field network connectivity, the company has invited us along to showcase select products from its 2019 line-up of smart home and pro gaming goods.

Our guest speaker, Director of Product Management Connected Home Products, Abhay Bhorka, strides up in front of us to begin his presentation.

Let’s roll back the clock for a moment.

It’s about 15-minutes or so earlier and I’ve just arrived in the hotel lobby. After exchanging pleasantries, we were ushered up to the hotel suite. The room was impressive; luxurious, upscale. But something else catches my eye.

Immediately upon entering the room, I’m drawn to a simple, yet elegant frame displaying what I could only describe as ‘live’ art. Presented in deep blacks and contrasting whites, this moving piece of art captures my attention thanks to the ‘swirling’ effect on display.

I, as well as some of the others, move towards it to learn more.

Jumping back to Abhay Bhorka’s presentation now; he opens with Meural Canvas, a full-service digital art platform acquired by NETGEAR in August 2018.

There are over 30,000 pieces of art currently available for you to display on Meural Canvas’ rich, highly detailed digital screen. Amongst them are some of the most iconic artworks such as Rembrandt and van Gogh, to NASA satellite imagery, and much more.

NETGEAR has invested considerable resources in curated this library, which has been collected from some of the world’s most prestige museums; including  The Metropolitan Museum of Art, The Louvre and the Solomon R. Guggenheim Museum.

In anticipation for the Australian launch, the Meural library contains artwork artwork from institutions like the National Gallery of Victoria and the Art Gallery of South Australia.

A World of Art at Your Finger Tips

Australian consumers will instantly receive a 3-year subscription to the Meural Canvas library. After the first 3 years, annual subscriptions will cost around $70AUD.

Alternatively, you can also directly purchase artwork from the newly launched marketplace. Subscription members are also free to purchase artwork at a discounted rate; we’re told the discount could be up to 50%, however, is dependent on the artwork and where it’s sourced from.

NETGEAR is positioning its art marketplace as the art world’s answer to iTunes. The digital Information Age has ushered in huge leaps forward in respect to the way we consume and interact with film, music and TV; and the team is hoping Meural Canvas serves as the catalyst that propels art into more people’s lives than ever before.

Behind the Looking Glass

There’s also integrated Alexa controls, so you can even control Meural Canvas via voice commands.

A dedicated web-based dashboard and smart device app allow you to curate your current collection, adjust the canvas’ settings and create and manage playlists. Using your smart device, you can also load up your own photos and videos directly to your Meural Canvas.

One of the representatives shared a fantastic story of how, whilst in London, she took a selfie and sent it through to her Meural Canvas, back at home for her family to see.

Meural Canvas supports both landscape or portrait orientation. If the artwork is intended to be displayed in landscape, then you won’t be able to view it if the canvas is set up as a portrait; and vice versa. This avoids artwork becoming stretched, thereby appearing low-resolution or blurry.

Meural Canvas will be available in Australia shortly for a retail price of $1199AUD (black and white) and $1299AUD (walnut).

I think the product name is a bit of a mouth full, thankfully it’s colloquially known simple as ‘Orbi Voice’.

Orbi Voice is the next step in evolution for the company’s mesh Wi-Fi System product range. For those already invested in NETGEAR’s Tri-Band Wi-Fi ecosystem, Orbi Voice presents you with a dual speaker/audio system that doubles as a Wi-Fi extender.

What this means is it’ll provide superior Wi-Fi coverage throughout your home, while also providing voice control functions and high-definition audio streaming. According to the specs sheet, Orbi Voice will deliver up to 3Gpbs Wi-Fi performance coverage a floor plate of about 418 square metres.

Powered by Amazon’s Alexa, Orbi Voice features all of the standard voice commands you’ve come to expect from a digital assistant. In terms of music support, Orbi Voice supports all Amazon-endorses services like Spotify and Audible. NETGEAR’s partnership with Amazon appears strong, and the company intends to continue improving its service offerings as Amazon makes them available.

To this end, one member of our group inquired about the possibility of Apple Music support. The answer was simply when Amazon supports it, Orbi Voice will support it.

There’s also four in-built microphones and far-field voice recognition software to ensure Orbi Voice can hear you from across the room.

The audio technology has been designed and produced by Harmon/Kardon. Under the hood, there are two 5GHz antennas, dual 2.4/5Ghz antennas, a 1” tweeter, 3.5 woofer and Bass Reflex Port.

Orbi Voice comes either stand-alone or packaged with an Orbi Tri-Band Wi-Fi Router. The package deal retails for $799AUD, while Orbi Voice on its own is valued at $499AUD. Both are available for purchase now.

NETGEAR is going all-in with Wi-Fi 6, and its new range of dedicated Wi-Fi routers is proof of that.

Of the two routers on display, the first, the Nighthawk AX8, is the most visually striking. With a TIE-Fighter-like appearance, the Nighthawk is sleek, sexy and bold.

NETGEAR is positioning the AX8 as the answer to Australian consumer’s woes with sluggish Wi-Fi performance. While it’s known Australian internet speeds are abysmal, we’re not making the problem any better by connecting more and more devices to our Wi-Fi networks.

That’s where the Nighthawk AX8’s Wi-Fi 6 comes into play.

Boasting evolutionary OFDMA technology that regulates data flow between it and your device, the AX8 makes more efficient use of your bandwidth. The result is greater capacity for your Wi-Fi network, thereby allowing you to connect multiple devices to your network.

NETGEAR didn’t shy away from saying the AX8 wouldn’t stop consumers suffering from network slowdown entirely. This is a reality we need to accept in the connected world of smart homes. Network speed degradation is still going to happen as you connect more and more devices.

However, the AX8 works to slow down that progressive decline, thereby allowing you to connect more devices.

Have I Seen You Somewhere Before?

The Nighthawk AX8 features a highly attractive design; sleek, bold and sexy. NETGEAR boasts its already won awards for its design and it’s no surprise just looking at it in real life.

The design casts aside the relative ugliness of other routers. The external antennas have been hidden inside fold-down flaps on both sides of the unit; an attempt to make the AX8 more attractive to the average consumer.

The Nighthawk AX8 is currently available for the recommended retail price of $599AUD.

The last product on display was the Nighthawk Pro Gaming XR300.

The presentation given around this product opened with a focus on some fairly impressive stats centred around gaming; 50% of the online western population plays online games; $19 billion spent on games in western Europe alone in 2016.

Most notably, however, was that over 50% of the multiplayer games enjoyed by players are FPS and action games; accompanied with a depressing picture of someone lumped over their controller with the tagline; lag kills.

The XR300 wants to help gamers eliminate lag. Powered by the Duma OS, the built-in dashboard allows you to tweak almost every aspect of your connection to stabilise ping, reduce lag and even ensure quality local connections.

While we haven’t tested it ourselves, the potential is immense. NETGEAR boasts it’s compatible with all gaming devices, ranging from PC and Xbox One, through to Nintendo Switch and mobile devices. I’m fairly keen to see whether the XR300 delivers on its promise to deliver a higher degree of connectivity to the Nintendo Switch, which is notorious for its terrible Wi-Fi connection.

NETGEAR intends to attract casual gamers to the XR300, positioning the router as its entry-level product in the Nighthawk line-up.

Available later this month, the Nighthawk Pro Gaming XR300 will retail for $299AUD.

NETGEAR is doing some impressive things in the smart home space. Meural Canvas is positioned to introduce art into millions of people’s lives.

Orbi Voice bolsters the company’s position in the market as a leader in secure Wi-Fi home networks; with the addition of the Alexa voice assistant and integrated audio streaming being icing on the cake.

Jayden Williams attended this event as a guest of NETGEAR. 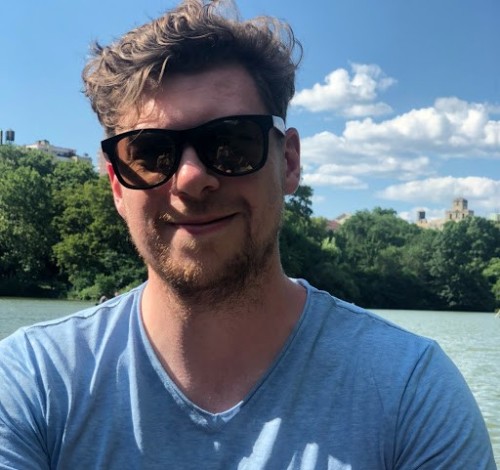 Jayden Williams
I started playing video games on my grandmother's Sega Master System (go, Alex Kidd!) and after almost 3 decades haven't looked back. I've written for various gaming outlets over the years and enjoy playing across all console platforms and genre types, though have a penchant for action/adventure, RPGs and loot-shooters. Pokémon is my favourite franchise and was there at the birth of the infamous 'rare candy' hack.
Share
Facebook
Twitter
Pinterest
WhatsApp

The Elgato Stream Deck + is like a swiss army knife for your desk setup. It gives you an unlimited number of ways to multitask at the touch of a button.
Previous article
Meet the Hearthstone Grandmasters for the Asia Pacific Region
Next article
Digital Extremes announces remastered Plains of Eidolon is available now for Warframe on PC