Despite the impressive set-pieces, Uncharted just doesn’t quite do anything special besides being another video game movie.

Holland is charismatic as the fledgling thief and historian. While portraying a much younger version of Nathan Drake, he is a perfect fit for this kind of adventure and does many of his own stunts. Lots of hanging from dangerous heights and parkour chases through Spain, and being the likable guy he is, shows the actor’s dedication and passion for the role.

On the other hand, Wahlberg gives a flat performance as Sully. There’s a lot of stonewall acting and a hint of The Happening in some of his scenes. The character is untrustworthy, and this acting doesn’t do much to have an audience buy into Sully and Nate’s growing bond, besides a handful of quips between the two. Fan favourite Chloe Frazer is played exceptionally by Sophia Ali. Despite an awkward accent at times, she plays a great mischievous yet determined adventurer with her own goals.

Unfortunately, the writing isn’t her friend and can be frustrating, Chloe’s ideals change like a light switch. Her character is not written well and is almost forgotten about towards the end of the film.

Antonio Banderas as Moncada, the rich man chasing the treasure of his bloodline, and Tati Gabrielle as his hired mercenary, Braddock, also share decent performances. Their connections to the plot and other characters can be unclear, but they portray menacing and volatile adversaries for Nate and Sully. As you can probably tell by now, the mainly good acting is tarnished by the Uncharted movie’s writing and plot. So many vague motives, predictable scenarios, and lazy plot devices riddle this film.

Assuming this is Nate’s very first adventure of this stature, he is suddenly an expert in acrobatics, firing guns, and sword-fighting from his many years of bartending. There’s some incredibly predictable writing during the team’s stint in Spain as they follow clues to uncover a treasure. Splitting them up, near-death traps that they’ll obviously escape, and last-second surprises rear their ugly heads. There’s also a moment where Nate finds a staircase by looking at a very ambiguous carving on the floor and then somehow knows it’s the one directly in front of them.

The finale, despite its entertaining moments, comes about conveniently. All the characters show up effortlessly using one of the laziest plot devices you’ll see in a film. Much of the character development is also squeezed into this final act, the day being saved thanks to a useful change of values in the closing minutes.

Admittedly, this is a blockbuster action-adventure based on the popular PlayStation franchise. Walking into this film expecting a well-crafted and reasonable story isn’t going to end well. Suspending your disbelief is important, and as a stupidly fun popcorn movie, it delivers fun action and massive climaxes with a range of laughs. Still, it doesn’t do anything different or extraordinary, besides the source material, to stick out against other Hollywood films out there.

As a video game movie, Uncharted takes the path of being its own thing rather than focusing on fan service. There are certainly moments those who’ve played the games will love, but the film isn’t necessarily riddled with them. They are often subtle, like the familiar notes of the Uncharted theme sneaking through the score at times or a brief snippet where Holland is climbing, grabbing ledges as Nate does in-game. It’s a good balance that lets the movie stand on its own legs.

Even if those legs are a little weak, Uncharted looks and feels as you’d want it to. There are lots of epic moments, plenty of gold and blue overtones, stunning cities and tropical environments to gawk at. The plane scene does have awkward special effects and camera work, as seen in the trailer for the films, but it doesn’t distract from tension and fear of height on the screen.

The problem is we don’t see Nathan Drake and Sully hanging onto dear life hundreds of feet above the ocean—we see Tom Holland and Mark Wahlberg flailing about, doing their jobs. These big-budget actors don’t sink into their characters as they should, and that’s a result of their popularity, poor writing and an unengaging plot.

If you were to put Uncharted on a podium with all the other multi-million-dollar action-adventure, treasure hunting films, it sits just under Indiana Jones, National Treasure, and the first two Pirates of the Caribbean movies.

Overall, Uncharted translates the video game to cinemas well. It suffers from flawed writing and a plot that fails to make the story appealing, but with this generation’s Spider-Man playing the lead, it will likely sell tickets and be a big hit. Regardless, it’s stupid fun and a great reason to sit down, turn off your brain, and enjoy the fantastic action.

Omi Koulas attended a review screening of Uncharted as a guest of Sony Pictures Australia.

PlayStation to Plate launches in Melbourne &...

PlayStation Australia is giving away 2 Ellie... 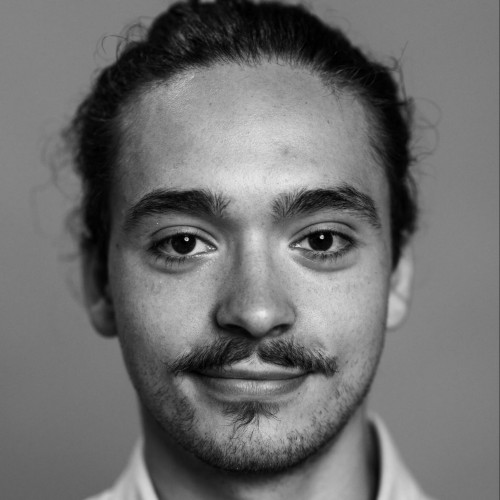 Omi Koulashttp://www.okoul.wordpress.com/
A passionate gamer from Melbourne, Australia who can't live without their Nintendo Switch and PC. Consultant by day, live-music punter and devourer of weird foods by night.