If you’re in the market for a new gaming headset there are are a nearly endless number of options to choose from. There are a ridiculous number of features and gimmicks which makes choosing the right one difficult. And a price range from the suspiciously cheap to the bafflingly expensive.

While the lure of things like virtual or actual surround, head tracking, noise cancelling or companion apps may appeal to a lot of people, sometimes all you need is some speakers and a mic clamped to your head.

That’s where the EasySMX Cool 2000 comes in.

EasySMX at first glance seems to be a gaming peripheral manufacturer that I would put in the suspiciously cheap category.

The majority of its products are between USD$20-$30 and the over the top gaudy “gamer” aesthetic applied to most of the product designs doesn’t really scream quality either.

However, after a little time with the hilariously named Cool 2000 gaming headset, at $25 USD I think you are getting pretty good value for money.

The EasySMX Cool 2000 gaming headset is surprisingly comfortable to wear. I’ve worn considerably more expensive headsets that weren’t anywhere near this comfortable over extended sessions. The ear-cup cushioning is adequate and there isn’t a great deal of clamp pressure.

The self-adjusting padded headband distributes the weight of the relatively light headset evenly. The flipside of this is there is very little isolation, so external noise beelds in very easily and whatever you are listening to is easily audible to others.

What controls there are on the headset are easy to access and use.

One great feature is that the LED on the mic (if you choose to power it), turns on and off with the mic mute, so you can easily see if you have forgotten to unmute your mic without needing to check a fiddley inline switch in dim lighting.

Speaking of LEDs, the earcup external facing is also illuminated, provided you want to or are able to plug into a USB port for the sole purpose of light up your head. I was a little disappointed the USB didn’t also carry audio though.

Instead, two 3.5mm jacks for mic and audio accompany the USB plug to break out of the surprisingly nice braided cable hardwired to the headset. An adapter is also provided to allow use with three-ring 3.5 combi jacks such as those found in PS4 controllers.

Looks can be deceiving

Soundwise, the EasySMX Cool2000 are once again adequate.

Not terrible, not amazing.

They do the job.

I didn’t really enjoy listening to music through these headphones but that’s not really what they are designed or marketed for. The mic sounds reasonably well rounded with high output, though it’s quite noisy. I wouldn’t use it for streaming, but for casual game comms, it’s very serviceable.

Overall, If you are looking for an entry-level gaming headset that just does what it says on the box, I think you could do worse than the EasySMX Cool 2000 gaming headset. They are quite comfortable, sound fine and feel more solid than they look.

They can be found online for about $42 AUD with a quick bit of searching or $24.99 USD directly from EasySMX.

The EasySMX Cool 2000 headset was reviewed using a pair provided to PowerUp! by EasySMX. 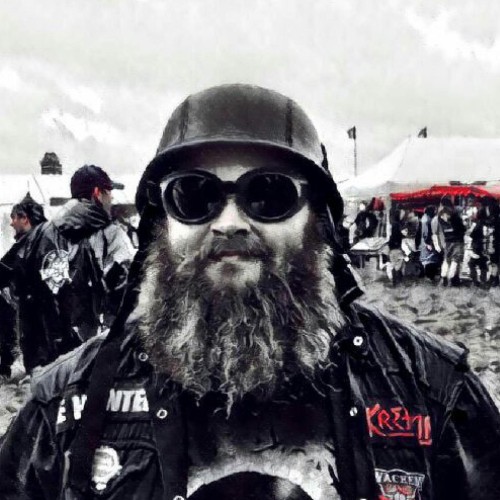 The looming figure of Hogwarts Castle always fills me with nostalgia and excitement. Pointed spires reaching up to a clouded sky full of magic...
Previous article
HyperX Cloud Stinger Wireless Gaming Headset Review – They Call That The Stinger
Next article
LG adds two 4K monitors to its line-up