Nostalgia can be a funny thing. We all have our favourite games from childhood and the thought of being able to take a trip down memory lane with one of them inspires joy and hope.

Playing these few special games can be a disappointment if they don’t live up to our memories of them. However, they can help us feel connected with our past selves, with that sense of adventure and wonder that comes along with childhood and gaming.

Fenimore Fillmore 3 Skulls of the Toltecs is such an example, a point and click cult classic first developed in 1996 and remastered in 4K now by Casual Brothers. Its release on Steam has generated a ton of excitement and anticipation amongst its fans.

You play as Fenimore Fillmore, an endearing and eccentric gun-toting cowboy in the Wild West. Fenimore inadvertently wanders into an ambush, accidentally kills a guy with hair lotion and learns of the existence of the three golden Toltec skulls.

Legend has it that the three skulls are a treasure map of sorts that, together, will point whoever holds them towards treasures untold.

Fenimore Fillmore 3 Skulls of the Toltecs opens with a cut-scene that lasts several minutes. I found it a little hard to follow; credits and artwork would overlay the action at certain points, with dialogue going on in the meantime. I had to re-watch it to make sure I hadn’t missed anything important.

The option to skip it didn’t exist upon release, but Casual Brothers has listened to its fans and issued updates since to include this feature.

The characters that populate the world are quirky and charming, uttering jokes and quips that sometimes even made me chuckle out loud. There’s also the occasional fourth-wall-breaking reference to the modern day. However, the game shows its age with some casual racism and sexual innuendoes which were frankly disappointing.

Perhaps they were more acceptable back in 1996, but they feel inappropriate and out of place today.

Who’s Got Two Thumbs and a Bouncing Donkey? This Guy

In true point and click style, the puzzles you face are tricky and sometimes their solutions are obscure. There’s a great deal of choice paralysis almost immediately when it comes to working out what you’re supposed to do or where you’re supposed to go next, as most of the world is opened to you from very early on in the game.

As in most point and clicks, I found myself not putting much thought into my choices after a while and just trying random objects with other random stuff to see what shenanigans might result.

One feature that is particularly cool — especially for long-time fans — is the option to switch from the enhanced graphics back to the original graphics. It’s a little tricky to find this feature, with many players reporting that it didn’t even exist until they eventually found their way to the correct menu.

The enhanced graphics look great and have a nice smooth feel to them, particularly during the cutscenes; however, some harsh edges do show up on occasion. The graphics did also sometimes glitch out during animations, with sprite boxes and anomalies showing up for split second.

Oddly, Casual Brothers has also implemented a motion blur feature, which involves pressing and holding down a key while Fenimore walks around. I’m quite confused about why this exists in a 2D game, particularly given it made me feel quite dizzy to watch.

I was excited that Casual Brothers kept the original voice acting, which was actually pretty good considering it was recorded in the early days of voice acting in games. Sometimes the balance sounded a bit off; the volume levels between dialogue, music and environment felt a bit out of sync.

Additionally, some dialogue sounded clearer and less staticy than other lines. Fortunately, the subtitles assisted when it became too hard to catch the voiced lines. Some of the subtitles really need some further work though and there are frequent spelling and grammar errors which really broke me out of my immersion.

To its credit, Casual Brothers is working to eliminate these in future updates. The music is, for the most part, innocuous, but every now and then became a little annoying; especially the track at the cemetery which was short, loud, and loops ad nauseam.

The repetition quickly started to grate on me.

In the spirit of Monkey Island, Fenimore Fillmore 3 Skulls of the Toltecs utilises a menu of available actions such as Open/Close, Use/Move which is beautifully intuitive to use. Oddly though, the option to right-click has been removed from the original game.

It feels especially strange considering that the available actions will still highlight when the mouse has hovered over the right location. The dialogue system feels awkward and clunky.

Your options are A/B/C/D/E, and when hovered over, reveal the text for that line of dialogue. I’d like to see that phased out in favour of something more user-friendly in the future. I found conversations even more frustrating as I’d sometimes discover a new piece of information, but there the conversation would end.

I’d have to go through the whole spiel again to reach the option to discuss the new information.

Do I recommend giving Fenimore Fillmore 3 Skulls of the Toltecs a look? As a huge point and click fan, it didn’t really do enough for me. I’ve played more refined remasters and the story itself wasn’t compelling enough to persuade me to overlook its drawbacks.

However, if you’re a seasoned fan of the Fenimore franchise, you’ll love it. And it’s certainly easier to purchase it through Steam than it is to locate one of the elusive (and expensive) original copies.

Fenimore Fillmore 3 Skulls of the Toltecs was reviewed on PC using a digital code provided by Casual Brothers. 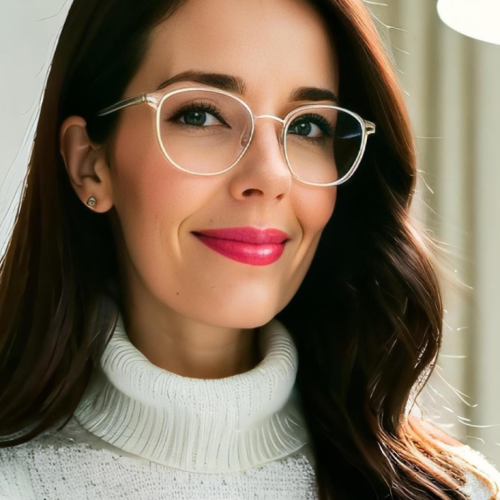 The Samsung 990 Pro SSD offers insanely fast performance for something that's not much bigger that two sticks of chewing gum.
Previous article
Borderlands 3 teaser, Mask of Mayhem, released ahead of PAX East Panel
Next article
Is Borderlands 3 Gearbox’s Answer to Destiny, The Division and Anthem?