Hitman 2 is a collection of murder puzzles to be tackled any which way you like. The game encourages you to “make the world” your weapon and you certainly can.

When you set out on a mission you’ll go equipped with a silenced pistol, a garrotte wire and a handful of coins.

The real fun starts when the inanimate is made deadly in the hands of a masterful assassin. Who could call themselves a professional killer if they hadn’t taken a mans life in a toilet?

Scizzors, bricks, axes, soda cans, expired spaghetti cans, rat poison, high octane racing car fuel, bricks again, but this time the cocaine variety, these are few of many items scattered around the level that can be employed to dispose of a target.

Beat a man to death with a trout if you like.

Slip emetic poison into your victim’s sushi, then when they flee to a bathroom to purge themselves of the foul fugu fish, drown them in the bowl! Not sorry to end two paragraphs with toilet talk. The moment was porcelain perfection.

Sometimes your prey will attempt to elude you by resigning themselves to fortified quarters. Sometimes you press the wrong button and drop a pistol in the middle of a crowded bar. Either way, infiltration or escape, you’re going to need a disguise.

Similar to the selection of deadly weapons, the costume department has provided a wide, varied selection. Often times I was too eager for the kill.

If you spend an hour stalking a Colombian drug lord you should be able to take a minute to check for security cameras before beating him to death with a can of spaghetti. However, I am not a wise nor a patient man.

Once you’ve been compromised, you’ll no longer enjoy the anonymity that your disguise once provided.

My favourite solution to this is to kill a room full of guards and then try and jam them all into cupboards and flee before the bodies I couldn’t hide get discovered. This won’t net you a high score, but it will be fun.

The campaign is enjoyable so far, but don’t worry, there are no spoilers. I wasn’t really paying attention to it anyway as this is the first time I’ve played a Hitman game. I was much more interested in trying to kill people in freak submarine accidents or in tragic Formula 1 racing disasters.

The cinematics in-between missions carry some dialogue I wasn’t thrilled with, but the in-mission conversations are more interesting.

You’ll eavesdrop for clues on how to creatively kill your contracts and this was the stuff that was interesting.

The levels are huge and it is important for players to be able to get their bearings from within. With the really big maps divided into smaller areas, they hide visual and audible clues that form a breadcrumb trail to some truly terrific ways to take the life from your enemies.

The game really shines in elusive missions. These missions provide a singular opportunity to take down a high-profile target.

Win or lose you won’t have another chance. It’s rap battle rules down at 8-mile road and Eminem is fucking drenched in his mother’s spaghetti.

The missions take place at one of the previous mission locations but items and NPCs have been reshuffled so you can’t rely on your memory of the level alone. The first and currently only available elusive mission has Agent 47 attempt to kill the famously killable Sean Bean.

It should be easy to call curtains closed on the death-addicted thespian and I’m sure with some more patience I would be gloating about my success.

However, the quality of assassin that I am means that I can report on the success of this mission. Sean Bean goaded me into fronting up big time and I can proudly say I took him down but was quickly reprimanded by his security detail. They punished me with bullets.

Try to keep your head Sean

I’m pretty dirty on myself for choking, but the demand for excellence really had my heart pumping.

I’d failed missions so many times I was getting a little numb to the risk and excitement that the game had given me earlier into my experience. I was absolutely locked in on this mission and I genuinely felt excitement while Bean taunted me and ran his fat mouth until I stabbed him and got turned to swiss cheese.

I’ll be back real quick if they let me have another crack at Bean.

All in all, Hitman 2 is an excellent murder simulator that lets players run wild with creativity. The only restrictions to how you take out your targets are how clever you are.

Hitman 2 was reviewed on PS4 using a digital code provided by the publisher. 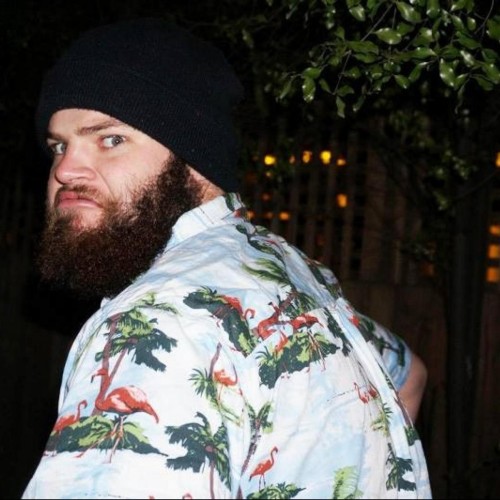 The Elgato Stream Deck + is like a swiss army knife for your desk setup. It gives you an unlimited number of ways to multitask at the touch of a button.
Previous article
Australian Games Awards finalists announced, voting open
Next article
Gfinity Challenger Series is giving players real opportunities