BINGE has launched on Xbox

What? You’ve never heard of Worldwide Character Reveal Day? Well we haven’t either but judging by recent events it appears that it’s a day and nobody told us.

Sure we could be making this day up completely, but with all the recent announcements  we suggest just going with the flow and enjoying all these character announcements. It’s a hell of a toboggan ride.

After many leaks and hints, NetherRealm Studios finally announced its newest character to join the Injustice 2 roster; the magical golden helmet-head Doctor Fate.

While specific details are yet to be revealed, the gameplay trailer shows Doctor Fate being able to use standard projectiles as well as trap projectiles that stay in place for a limited period of time. Magic will play a big part of the Doctor’s move set, with his custom trait showing him glow red and buff his magical abilities in some way.

While we have seen a lot of DC characters return to the Injustice 2 line-up, we have been keenly keeping an eye on news for what new characters will be joining the fray. Doctor Fate is a welcome addition to the roster.

Being a launch character in Injustice 2, Doctor Fate fans can expect to strap on the tights and golden helmet May 17, 2017*.

After much teasing (but not too much thankfully) Blizzard announced the newest Overwatch hero, the robotic centaur tank, Orisa.

If you like big robotic behemoths with a heart of gold —  everybody who has seen the Iron Giant — then you’ll love Orisa. She’s big, has six limbs, horns, and is all about defending the weak. We love it and we love her.

Orisa is a tank with a healthy mix of offensive, defensive and support abilities. She can deal out rapid damage and fortify herself against status effects. Orisa can also lay down shields for her teammates, group enemies together with mini grav-bombs and use her ult to buff nearby allies’ damage output.

She looks great, she looks like she’ll play great and her alternate skins will have people chasing those loot chests for sure. Bravo Blizzard, you’ve hit a winner again.

While Orisa has not yet been given a public release date, you can play as the robo-centaur right now on the Overwatch PTR.

The Killer Instinct Twitter account has been teasing some details lately involving a ghostly sword. Finally the guessing game ended with a tease of the latest remix character Shin-Hisako.

Being announced as a remix character of vengeful ghost girl Hisako, Shin-Hisako can be see wearing samurai armor and has traded in her naginata for a two-handed katana.

While details are light, KI Designer Adam “Keits” Heart noted that this remixed Hisako will have a “more straightforward” play style than the original Hisako. What that means is we’ll have to wait to find out.

While only being shown a tease, the glimpse we have shows Hisako rocking samurai armor and a sharp new haircut, which we are digging. As if Hisako wasn’t angry enough, now she has armor and a giant sword, great work Iron Galaxy.

Shin-Hisako will be joining the Killer Instinct roster sometime this month, so KI fans won’t have long to wait to see this new Hisako rise from her grave.

Out of the blue, Bandai Namco has come out kicking with the announcement of capoeira master Eddy Gordo returning to Tekken 7 Fated Retribution.

Eddy is back and this time he is out to impress. Bringing out a leopard print shirt and golden chains, this man is ready to kick it out on the town tonight. Welcome back Eddy, looking very schmick there.

Tekken fans who loved or hated Eddy’s playstyle will easily recognise that the Brazilian has all his kicks back. There are also a few new moves and the addition of Rage Drives and Rage Arts, opponents of Eddy will have to start guessing all over again.

Before Eddy’s announcement, Tekken 7 Fated Retribution was looking to be the first Tekken game since Tekken 2 to not have a capoeira fighter in its roster. Thankfully, Bandai namco has brought balance to the Tekken Force and kick button mashers will be all the more happy for it.

Tekken fans better wear some nice shoes in June because Eddy will be kicking it with Tekken 7 Fated Retribution on June 2, 2017.

So they’re all the characters that have been announced or revealed recently, if a character from a game franchise was revealed recently that we somehow missed please let us know on our Facebook page or hit us up on Twitter.

We hope you have been spending this momentous Worldwide Character Reveal Day in style, revealing your hidden characters to the world!

Wait that didn’t come out right… 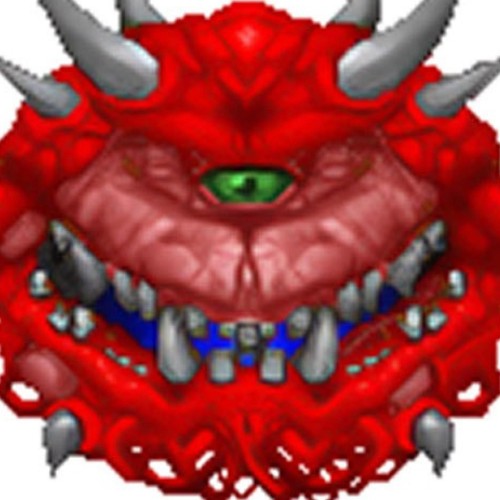 James Camilleri
I am a videogame guy. I've been playing games all my life and am an avid fan of games new and old. I'm also a fighting game enthusiast and an arcade tragic.
Share
Facebook
Twitter
Pinterest
WhatsApp

Elgato's newest microphone is aimed at professionals wanting the best audio quality but it requires a lot more investment just to get it working.
News

Deep Silver and Dambuster Studios have announced a special Dead Island 2 showcase coming this week. 'Another Night in HELL-A' will stream on Wednesday,...
News

As part of this year's World of Tanks Holiday Ops, Wargaming, Arnold Schwarzenegger and Milla Jovovich have teamed up. Bringing special holiday-themed content to...
Movies

BINGE has launched on Xbox

BINGE, the streaming home of HBO (and much more) in Australia has announced today that it is now available on Xbox platforms. Right now,...
News

Prime Video has given a first look at the upcoming The Boys spinoff series, Gen V. Set at "America’s only college exclusively for young...
Previous article
Will Uncharted: The Lost Legacy be the last in the franchise?
Next article
What’s new in No Man’s Sky with the Pathfinder Update