The state of accessibility – breaking down barriers in gaming

In early December, the PSX event celebrated everything Sony. It was the usual parade of trailers, hype and marketing, but towards the end of the weekend there was a panel that was different from the rest.

It was a quiet milestone for gaming, as it was the first time a major publisher or developer had dedicated such a spotlight to something incredibly important to a large number of gamers; accessibility.

When people talk about accessibility in games, they are referring to the barriers in a game’s design which prevents people with disabilities from being able to play.  At the PSX panel, Accessibility Consultant Ian Hamilton described disability as;

A mismatch between a person and their surroundings – when someone’s impairment comes up against a barrier resulting in difficulty performing a day to day task.

The sad fact is that it’s often the developers themselves who are unknowingly building the walls which keep the players who want to experience their game locked out.

The kinds of impairments that prevent people from enjoying games are varied. Colour-blindness will affect someone’s ability to distinguish certain colours from one another, making a game’s maps, HUD or UI difficult if not impossible to decipher. Hearing impairments will mean any information in the game communicated with sound will be totally lost – and while closed captioning can help, developers only usually consider this for dialogue rather than sound effects and other audio that can be vital to the gameplay.

Mobility impairments that limit the use someone’s hands will obviously impact their ability to use a standard controller, and fixed control schemes prevent the player from attempting to adjust the game to suit their needs.

These are all significant barriers for anyone just trying to play the games they want to, and they affect a lot more people than you may think. Studies estimate the percentage of people in the US, UK and Australia who have some kind of disability at over 18%, and this number doesn’t even consider all kinds of disability, such colour blindness, or difficulty reading.

For developers, that’s a huge segment of their user base (and their potential market) that may be having their needs ignored without accessibility.

Another thing to consider is that whether or not accessibility in gaming is an immediate concern for everyone right now, eventually it will be as to be frank, none of us are getting any younger. The unavoidable fact is that the older we get, the more likely it is that we are going to have some kind of hearing, vision or mobility impairment. Unless your plan is to give up gaming within the next 10 or 20 years, accessibility is going to become very real concern for you at some point down the line.

An unfortunate issue with accessibility though is that the range of disabilities is so wide and varied, it would be impossible to make every game completely playable to every person. Of course the flip-side is that developers shouldn’t have to break their design principles or diminish their vision of the game just in an effort to try and accommodate everybody.

As D.A.G.E.R (Disabled Accessibility for Gaming Entertainment Rating System) Editor in Chief Joshua Straub said at PSX, “No gamer wants to play a bad game that happens to be perfectly accessible”.

Designing a game to be accessible doesn’t have to be difficult though. The core concepts that developers need to keep in mind when designing for accessibility are quite simple if they are considered from the beginning of development.

Firstly, ensure important information is being communicated in more than one way (e.g. don’t have a vital piece of in-game info only available on a sign that may be difficult to read). Secondly, try to offer as much flexibility for the player as possible – this includes things like colour-blind filters and adjustable contrast on HUD elements.

Even something as simple as offering remappable controls can completely open the game up for people with physical disabilities, it allows them to create their own solutions to how they can play the game. A great example of this is Street Fighter V player Mike Begum (AKA: BrolyLegs), who was born with a condition called arthrogryposis, causing the muscles and bones in his limbs to not develop properly.

Despite this condition, he has been able to adjust the control scheme in fighting games to suit his needs. Proving that a condition is not necessarily a disability, Mike has persisted and is now ranked as one of the best Chun-Li players online.

Treating sound design as a priority can also create solutions for accessibility. Overwatch is a great example as a tremendous amount of effort has gone into its audio design. Each of the characters have their movements and attacks clearly identifiable by sounds unique to each.

Ultimate Attacks are signaled by a clear audio queue that can be heard by all players in the game. Beyond this, the audio design in Overwatch has been considered down to the very core of the gameplay. Blizzard designed a system to prioritize audio elements based on context to the player. For example, if three characters are in proximity and only 1 of them is a threat, the sound from that player’s footsteps or reloading will be louder than those of the other characters nearby.

Killer Instinct has also been praised for its audio design.Blind players  have commented on how they’re actually able to play the game confidently thanks to how well the audio is implemented. After getting word of the deaf players, developer Iron Galaxy reached out to the gamers to get feedback on how they could improve the game even further for vision impaired players.

Some developers have gone even further, like Naughty Dog’s efforts with Uncharted 4 to offer a whole suite of settings dedicated to accessibility, offering players with alternatives to button mashing and auto aiming.

It’s features like these that when implemented well won’t interfere with the game’s design, but will instead make it enjoyable for a much wider audience just by providing them with more options for how they want to play.

Psyonix has also given a huge amount of thought to accessibility, with smash-hit Rocket League being awarded the “Most Accessible Game” Award by the AbleGamers Charity in 2015.

Psyonix held multiple focus groups with accessibility experts and gamers of different abilities to ensure as many people could enjoy the game as possible. Fully customisable controls and colour-blind filters were praised by AbleGamers, but the developers went even further by allowing the player to map all the driving controls to the mouse.

Players only need to move the mouse in the direction they wish to drive, making the game entirely playable with the mouse only.

It’s features like these that when implemented won’t interfere with the game’s design, but will instead make it enjoyable for a much wider audience.

Accessibility standards have been gaining traction in the industry over the years, but it’s now being taken more seriously than ever – as evidenced by the very existence of the PSX Accessibility panel. As well as this, groups like AbleGamers and D.A.G.E.R continue to advocate for accessibility standards in all games, working directly with developers to create solutions to the problems that certain disabilities present.

We’ve even seen the PS4 and Xbox One implement accessibility options for their platforms at the system level, making it easier than ever for developers to build their games with accessibility in mind.

Gaming is definitely working to be as inclusive as possible, but as the landscape evolves it continues to present new challenges. The good news is that there are already discussions being had with developers about these issues and finding new ways to address them, which says a lot for how far the industry has come.

It’s the steps the industry takes to implement and improve accessibility today which will set the standards of games in the future, and ultimately ensure that when any of us are trying to play the games we want to, any conditions we have shouldn’t need to be disabilities. 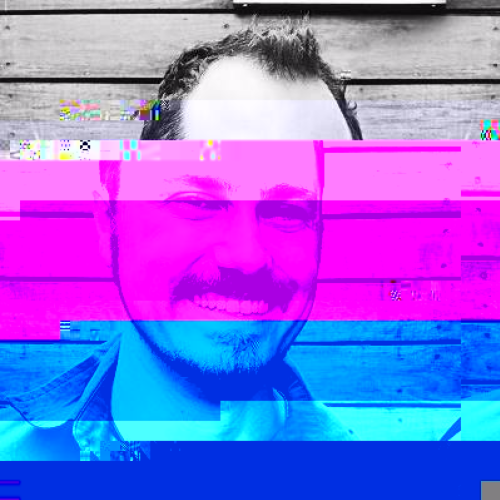 The Samsung 990 Pro SSD offers insanely fast performance for something that's not much bigger that two sticks of chewing gum.
Previous article
Street Fighter V’s season two is the shot in the arm it needs
Next article
Hands on with Nintendo Switch