Episode two of the final season of The Clone Wars improves upon the series’ opener with its closer links to the main protagonists of the Skywalker Saga. Where episode one was undeniably a “clones episode”, the follow-up places Anakin firmly in the spotlight. We finally get to see a lightsaber ignited in combat again, and it’s glorious.

But cool Jedi-led droid slaughter aside, the scene of most significance is a brief, intimate character aside that opens proceedings. Before setting off for the mission the rest of the episode focuses on, Anakin forces Captain Rex to cover for him while he clogs up the phone lines with an extremely long-distance call to his wife.

The scene nicely places the episode in the timeline rapidly approaching Revenge of the Sith. Anakin and Padmé’s relationship is maturing, and it’s equal parts touching and upsetting seeing just how much they miss each other. Obi-Wan Kenobi also makes his first, brief-but-welcome, appearance this season, not so subtly letting Anakin know he’s aware of his unsanctioned conversations with the senator.

At the end of the illicit love-struck holo-call, Padmé subtly clutches her barely bulging belly. Perhaps it’s subconscious, perhaps not, but her maternal gesture is given ominous weight by her clothing; it’s no coincidence the show’s artists have depicted her in the same outfit she wears on Mustafar when Anakin “breaks her heart”. Gulp.

With lovesickness temporarily out his system, Anakin leads Rex and the Bad Batch to Skako Minor, homeworld of the Techno Union, to pursue the mysterious transmission from the climax of episode one. Rex is convinced it’s coming from his long-lost fallen comrade, Echo.

The Bad Batch are convinced it’s a trap and Rex is losing his marbles.

The tension between the Bad Batch and the “regs” continues to add an interesting dynamic to the clone force, but it’s the Batch’s unusual combat abilities that shine in this episode. At one point, Hunter attaches a grappling hook to a flying dinosaur and practically wakeboards through the sky behind it.

It’d feel absurd in the live-action films, but in the realm of animation it just ends up being cool.

The squad infiltrates the Techno Union facility where the mysterious signal is being broadcast from in a dizzying display of laser blasts and lightsabers. Like the first episode, combat choreography and action cinematography have reached new artistic heights this season.

It’s stylish and frenzied without ever being confusing. It’s also got more than a touch of videogame about it, the camera often settling in an over-the-shoulder perspective.

The episode again ends on a cliffhanger, with the answers Rex discovers only bringing more questions with them.

I still have no idea how this arc plays into the larger machinations of the war and the fall of the Republic, but this episode has finally convinced me it’s heading somewhere interesting.

PowerUp! was given early access by Disney in order to write The Clone Wars Final Season Review. 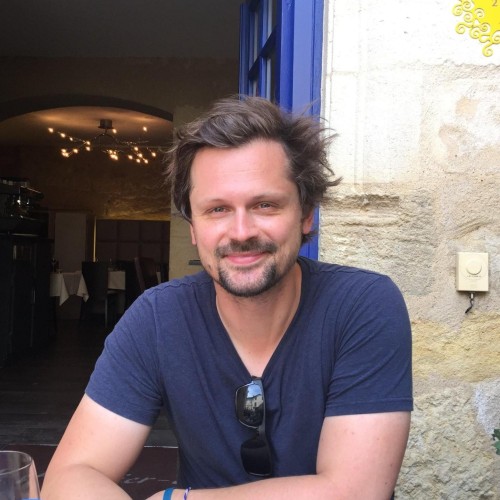 David Milner
David Milner began writing about games in 2011 as a distraction from the history thesis that was consuming his life. He fell in love with the hobby as a five year old who saved up all his coins to play Street Fighter II, and never quite understood how Alex Kidd in Miracle World worked on his Sega Master System II without a cartridge. In 2018 he won best games journalist at the Australian IT Journalism Awards for his investigation into crunch and unhealthy working conditions in the industry. Beyond games, he's fond of Star Wars, heavy metal, football (soccer), and snowboarding. He tweets too much.
Share
Facebook
Twitter
Pinterest
WhatsApp

It's never a good sign when review code is difficult to get, especially for AAA, big-budget titles from one of the major publishers. You...
Previous article
Borderlands 3’s second DLC features an Eldritch mystery explored through side missions
Next article
Warframe Podcast Episode 85 – Devstream 139