Have you ever been playing a Tower Defence game and found yourself thinking “Gee, I sure wish the enemies exploded more?”. If so, then OTTTD is exactly the game for you.

Over The Top Tower Defence or OTTTD by SMG Studio is a game that delivers precisely on what the title offers. It’s a tower defence game but with a flourish of that little bit of extra stupidity. For a genre that is often quite by the books, this added personality is a welcome spin.

This exploding cacophony of a game has been available for a while now on mobile platforms and PC. It recently released anew on the Nintendo Switch so we’ll be looking at how it performs on the portable hybrid console.

Immediately I could tell this was a mobile game in Switch’s clothing. Thankfully, that wasn’t in the sense of microtransactions but instead controls. OTTTD feels like it’s begging for touch systems to be in place.

They work in menus but not during a defence run. It feels like a weird oversight given the Switch would absolutely allow it.

The lack of touch can make controlling the battlefield a bit clunky, especially at first while still learning. You can still cycle through towers and characters using shoulder buttons and triggers.

Even now, after having gotten used to the controls, I still find myself wanting to tap a location rather than using the sticks when playing. I can tell it would be faster and in those intense moments, a little extra speed could go a long way.

This felt a little worse when playing on the big screen. It’s not something that renders the game unplayable by any means. It just makes moments frustrating when they probably shouldn’t be.

Other than that, this game feels very at home on the Switch. It’s nice to finally have a solid tower defence game on my favourite portable console.

It works well for a quick pick up and plays, even though the levels aren’t exactly short. It made a great companion on the train as well as sinking hours into it on the couch. As I said, once you get used to the stick controls they’re fine. It’s just a missed opportunity that we don’t also get touch controls.

Something else that adds to this is the masses of corpses. One of the best and worst features of OTTTD is every enemy you kill explodes into a pile of giblets. There are hundreds of enemies so this means hundreds of piles. It’s both amusing and satisfying but has a downside.

These decimated enemies paint a clear picture of your progress all over the path. They’re also a good indicator of where you’re doing the most damage.

However, this build-up of enemy carcasses, no matter how cool they look, really hampers visibility. When there are so many enemies on the field it can be difficult enough to see. Adding blood, guts, and bones to that doesn’t help.

There’s just not enough contrast between the enemies and their remains. Sometimes because of this, a single creature can slip past and attack your base. Bases are generally pretty weak, so if even one gets past without knowing this can easily be your downfall.

I’ve been trying to work out if the upsides of a corpsey battlefield outweigh that one negative. I’m still not sure. I did think this could pose a problem for colourblind people or other visual impairments.

The good news is there’s an option in the menu to turn gore on or off. This allows you to decide for yourself, though it may be a tough choice to make.

Aside from that, OTTTD is visually pleasing enough. It could do with a little more contrast and there are only really two different themes of maps. This goes hand-in-hand with the audio. It’s fine and absolutely has a style about it but can be a bit repetitive.

There’s a consistent theme with slightly unhelpful visual language in OTTTD. It’s a game that forces you to learn what everything means for yourself.

There are four main tower types that you can build to defend your base and path. They all look different enough and are colour-coded to their attack style.

However, after you’ve been introduced to one you can’t find out what it is during battle. There’s not even an option to pause and read the encyclopedia so you just have to remember.

This is fine for the main towers but they all have variations you can upgrade to. One, for example, can only target flying enemies once upgraded. Doing this accidentally means wasting a tonne of money on a tower that might be useless depending on your situation. It’s another aspect that could just be friendlier.

It wasn’t until around level 17 that I felt I had a good handle on what every tower did. I only got there through trial and error. This was despite reading the Encyclopedia references which didn’t feel entirely informative.

One turret that slowed enemies could be upgraded to deploy shields or give health. From reading the entry I couldn’t tell if it still caused enemies to slow or lost that ability. A simple option to view descriptions during battle could also go a long way to helping out during those first levels.

I do, however, really like the variations in the towers. They offer a lot of different strategies. This is needed because different enemies will have strengths and weaknesses to combat.

It wasn’t until I started taking advantage of things like support towers that I started to progress. Positioning a combination of towers well is crucial to victory.

Learning this really adds a nice layer of depth to the strategy. Winning with better tower use after being completely destroyed is very satisfying. It is at the heart at what makes this such a good tower defence game.

Of course, if you can’t win with strategy, OTTTD has a whole other option for you. There are RPG elements stacked within this game. As you play you unlock new characters with new abilities to upgrade.

I found that I stuck with the first two characters due to their abilities to heal towers and themselves. The last one I used to swap out amongst the others as they unlocked. It felt beneficial to kind of find what you enjoy and stay with it due to the levelling up system.

When new characters are unlocked, there are immediately available experience points. These bring them up to relative power but it’s still another thing to re-learn. They also may not have as good armour or weapons as what you’ve purchased for your previous team members.

I liked being able to customise them through skill trees to get the most out of the abilities I was using. It helped to work with the overall strategy that seemed to be working well for most maps. When it didn’t work so well, I could choose to switch it up, or just try level up a bit further.

Each map has a star rating so every now and then I’d backtrack to try to get more stars. Often I’d clean sweep maps that were previously difficult thanks to newly learned strats and upgraded stats.

This always felt great because I could see how far I’d come. Doing so would also help me earn more exp and money to buy weapons and armour. It does mean that to get the same challenge out of previous maps you might have to start a new game and work your way back up.

It took a little while for OTTTD to really find its groove with me. All the little hurdles to learning the game or controls kept me at arm’s length until I’d proven myself worthy. That’s not to say I didn’t enjoy the early levels, more that I was still on the fence.

Once everything started clicking I began to really understand how great this game is. Everything feels really satisfying once you have a proper grasp on how it works. It’s a shame this revelation didn’t come a little sooner in the mix.

If you enjoy Tower Defence games at all this is a really great one, especially on the Switch. Though, it might not be the most accessible for newcomers. It gives you the satisfaction of developing strategies that suit how you’d like to play while also being just a little bit disgusting in a cool way.

There’s also absolutely challenge here and multiple ways to overcome it. Because of this, you’re never likely to be too stuck, at least not for too long and you get to forge your own path.

If solid mechanics aren’t enough for you, the flying undead sharks might help get you through the door. It’s not often a game delivers on the promise of its name but OTTTD is exactly that in a really good way.

OTTTD was reviewed on Switch using a digital code provided by the developer.

Game Description: Take command of HEROCORP™ and launch a Preemptive Defence Campaign™ against parallel dimensions in OTTTD, the most outrageous Tower Defence title around. 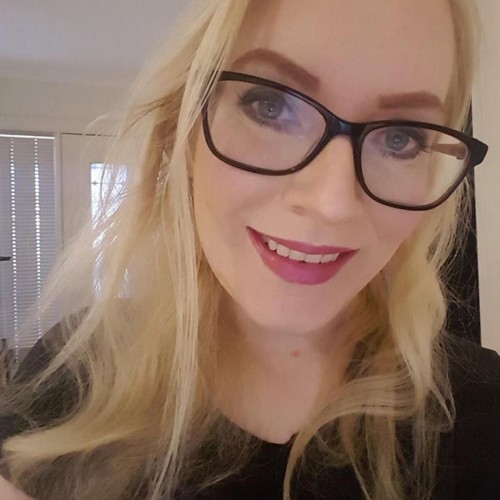 Hope Corriganhttp://HopeCorrigan.com
Secretly several dogs stacked on top of one another in a large coat, Hope has a habit of writing and talking far too much about video games and tech. You can usually find her whinging about how Jet Set Radio Future never got a sequel on Twitter.
Share
Facebook
Twitter
Pinterest
WhatsApp